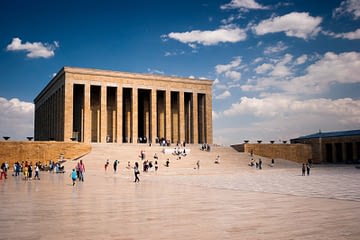 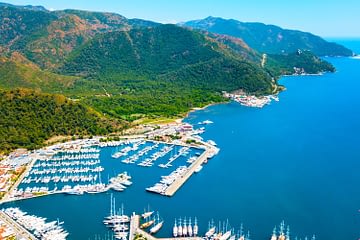 Fethiye, one of the most important settlements of the ancient period, preserves this importance today. In our Fethiye historical places article we have prepared, we discuss this ancient city of Muğla… About the history of Fethiye; Fethiye has been considered as a settlement by communities from prehistoric times to the present day due to its magnificent climate and geographical location. When the Lycians settled in the region, it started to be known as “Telmessos”.

Fethiye is a port city, and district, on Turkey’s southwestern Turquoise Coast. It’s known for its natural harbor, blue waters and numerous rock tombs including the 4th-century B.C. Tomb of Amyntas, carved into a bluff overlooking the city. Near-shore islands are popular for day trips by boat. In the south, the beach at Ölüdeniz is sheltered by a lagoon, and Butterfly Valley is a designated nature reserve

Ankara, capital of Turkey, located in the country’s central Anatolia region. It’s a centre for the performing arts, home to the State Opera and Ballet, the Presidential Symphony Orchestra and several national theaters. Overlooking the Read more…

Marmaris, the port city at the intersection of the Aegean Sea and the Mediterranean, is a small town in Muğla. The population of the touristic place, which hosts 4 million visitors from all over the Read more…

Ephesus is well known an ancient city in Turkey’s Central Aegean region, near modern-day Selçuk. Its excavated remains reflect centuries of history, from classical Greece to the Roman Empire when it was the Mediterranean’s main Read more…